The La Tour Geneva Triathlon is now part of the 2021 Youth League : the national series for 14-15 year old triathletes. It is the opportunity for all licensed triathletes born in 2007 or 2008 to confront each other during a 500M swim, a 10km bike ride and a 2.5km run.

Find out more about the Youth League.

END OF ONLINE REGISTRATION ON 8 SEPTEMBER 2021 AT MIDNIGHT 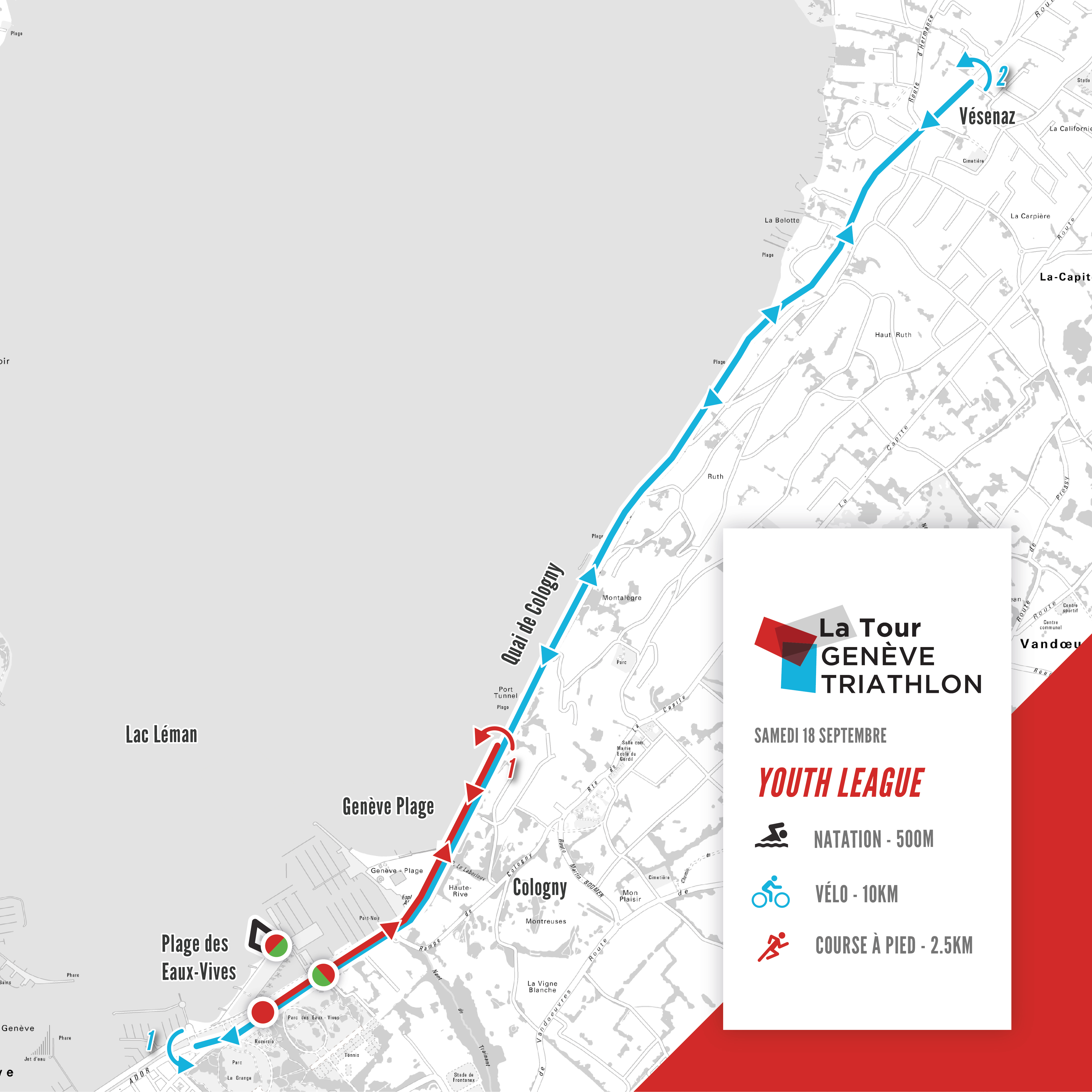 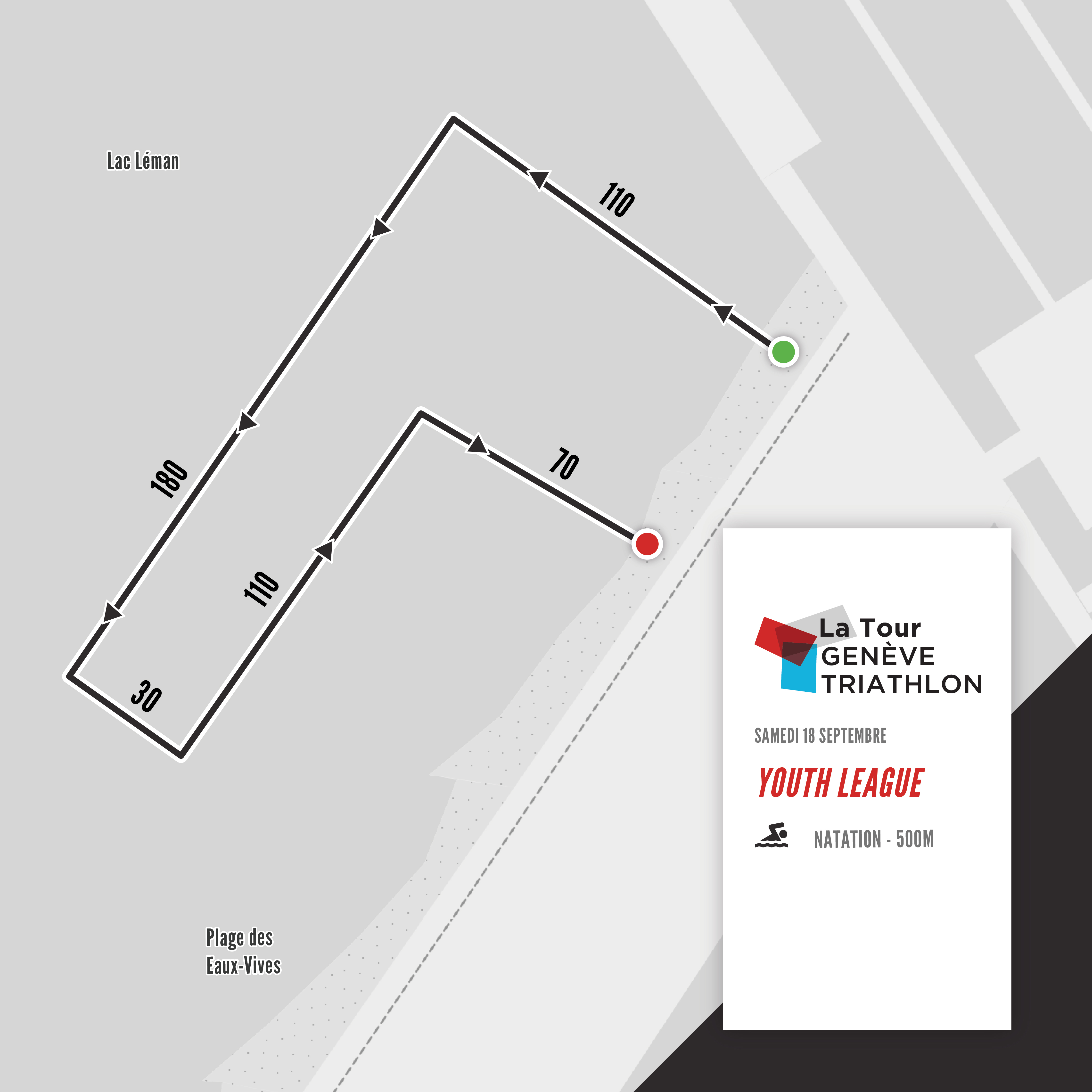 Starting from the new beach of Eaux-Vives, you will swim one lap of 500 meters. 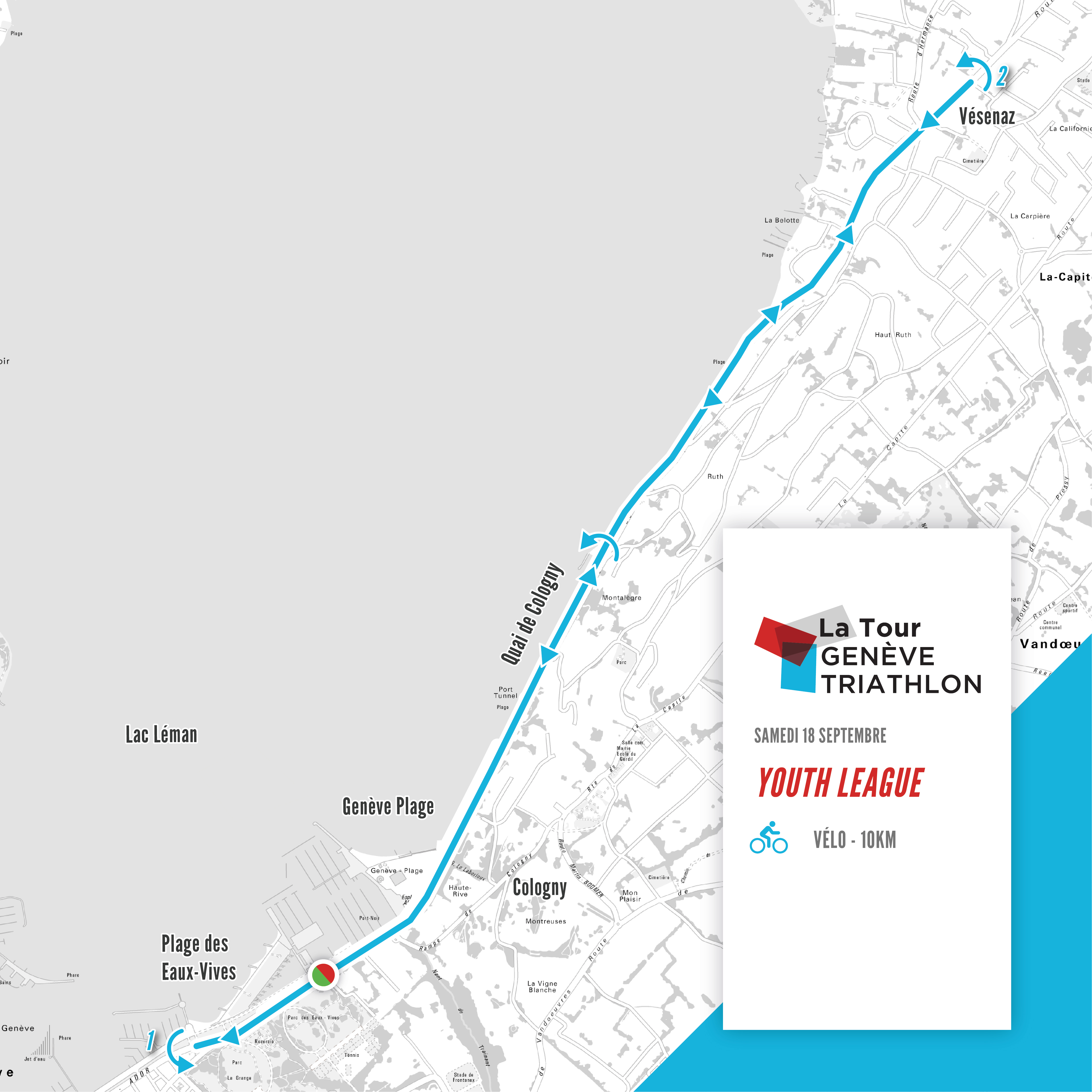 The 10 KM bike course starts in the transition zone where you will head up the city center of Geneva and turn back in front of the beach of Eaux-Vives.

Then you will head along the flat towards Vesenaz where a short false flat uphill awaits into the turnaround point. The route then brings you back along the lake to reach transition. 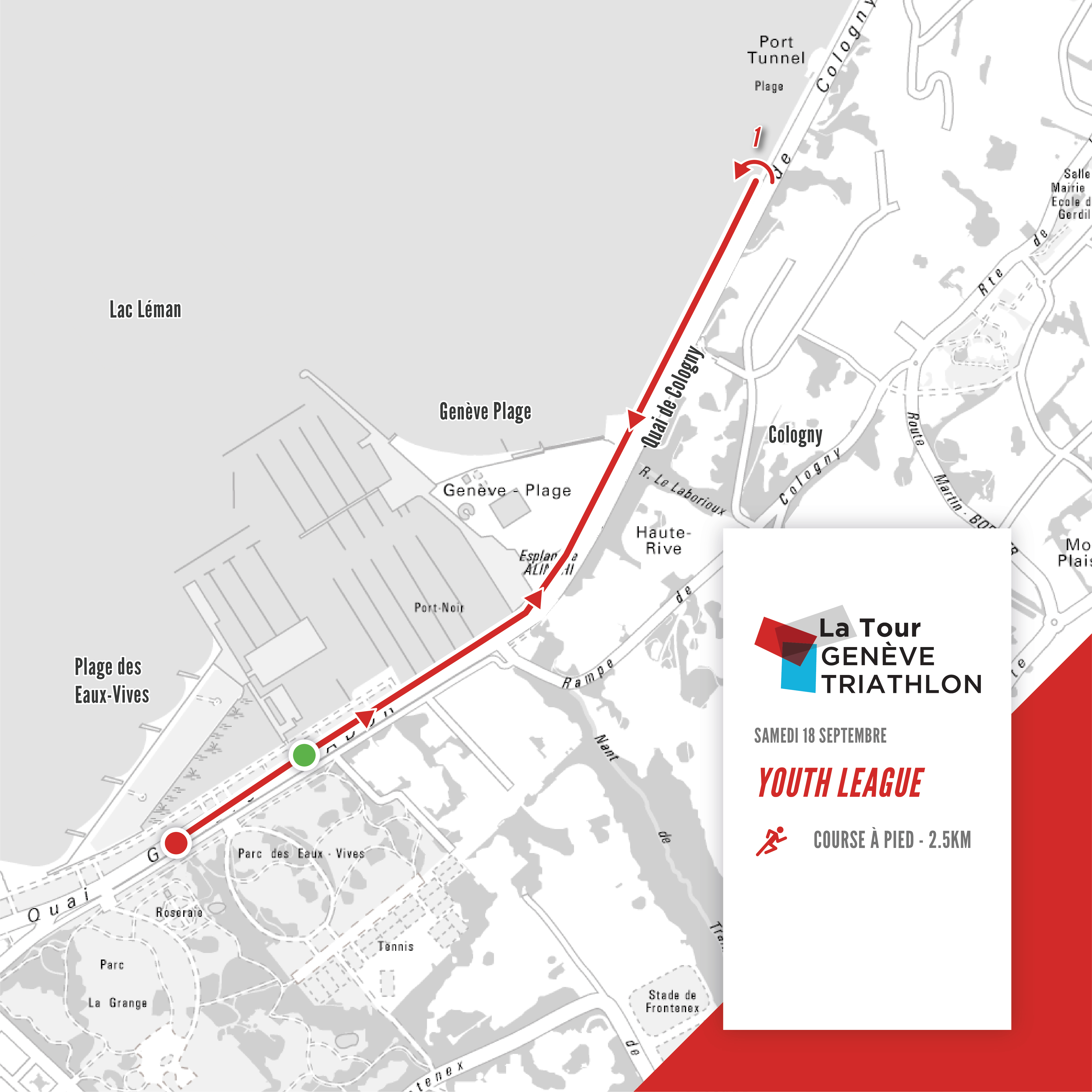 The 2.5 KM course is a loop route along the lake. A rather fast circuit with a view of the Jet d’Eau for half the distance.

After reading this page, you won't have any more doubts!

We are delighted to bring you our training advice to support you on your journey.

The triathlon village is easy to access and perfectly located with a host of different accommodation options nearby.

Enjoy a unique race experience at the La Tour Geneve Triathlon regardless of your age, ability or experience!